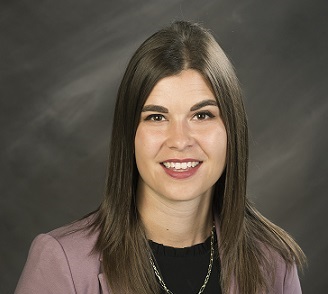 Jillian grew up in Coronation, a small town located in eastern Alberta. After graduating from high school, she completed a BA in Psychology (with distinction) at the University of Calgary (Red Deer Campus). After graduating with her BA, Jillian spent six years working in the not-for-profit sector with Boys & Girls Clubs of Red Deer and District. During her time with the organization, she worked closely with many children and families in Red Deer and the Central Alberta area. Although Jillian enjoyed her work with BGC, she decided to begin pursing her long-time goal of becoming a lawyer.

In 2019 Jillian began pursuing her JD at the University of Manitoba, and graduated in June, 2022. On completion of her first and second year of law school, Jillian was placed on the Dean’s Honour List and was awarded the Pitbaldo Scholarship for her achievement. As well, she was the recipient of awards for the highest mark in Property Law, Advocacy, and Legal Profession and Professional Responsibility. Jillian also served as the Vice-President of the Feminist Legal Forum, a student group within the Faculty of Law.

Jillian is passionate about client advocacy and working collaboratively to resolve legal issues. She is specifically interested in the areas of litigation and employment law. She has been able to develop her advocacy skills by participating in the Laskin Moot in 2L and winning the G.H. Bowman Tax Moot in 3L.

In Jillian’s spare time, she enjoys staying active, traveling, and spending time with friends and family. Her favourite activities include, yoga, spin, hiking and canoeing.