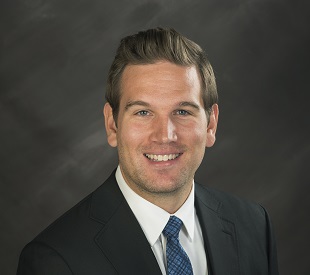 I was born in Red Deer and raised on a family farm near Alix, AB. The farm instilled in me a hard-working nature, principled value system, and good ol’ common sense. I always welcome new clients and I’m more than happy to discuss your legal matter with you.

My practice delves into many areas of law, including but not limited to:

In 2014, while my dearest wife, Chelsea, was attending medical school, I worked at the Federal courts for almost four years as a Registry Officer and Judicial Assistant. There, I garnered invaluable experience and knowledge in Federal matters, such as judicial reviews, immigration matters, and tax court disputes.

Once Chelsea completed school, I pursued my goal to be a lawyer and began my legal career at the University of North Dakota, United States. The prevalence of oil and gas matters in North Dakota and its world-class UAS (unmanned aircraft systems) school allowed me to focus on energy law and drone law issues early in my legal education.

I continued my legal education at the University of Manitoba, where I found my niche in negotiating. In fact, I competed in New Brunswick at the Canadian National Negotiation Competition, placing top 5 in the nation. I guarantee to utilize my negotiating experience to effectively and efficiently resolve to your legal issues.

In my spare time, you will find me either on the farm, motorcycling, dirt biking, drumming, droning or travelling (locally) with my wife.