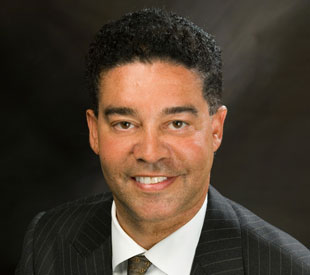 Chris’ practice is focused on civil litigation with a particular emphasis on personal injury law. His other areas of practice include commercial litigation, estate litigation, construction litigation and employment law.

After graduating from law school Chris articled and practiced in Calgary at what is now one of the largest multinational law firms and then joined Johnston Ming Manning LLP in 1992. He became a partner of the firm in 1997 and is currently its Managing Partner.

Since joining the firm Chris has continued its tradition since its inception in 1953 of representing individuals who have been injured, or who have lost family members, as a result of the negligence of others. In addition he has been involved in many, including very complex, commercial litigation, estate litigation, construction litigation and employment law matters. He has appeared successfully in all levels of court in the Province of Alberta and before numerous tribunals and adjudicative boards.

Chris is the Past Chair of the Board of the Central Alberta Community Legal Clinic, the Past President of the Central Alberta Bar Society, the Red Deer Judicial District Representative of the Alberta Civil Trial Lawyers’ Association, a former member of the Board of Directors of Pro Bono Law Alberta, and a member of the Association of Trial Lawyers of America. He is also a member of the Canadian Bar Association. He has been involved with a number of fundraising activities for Red Deer College including as the co-chair of its annual Affairs of the Arts fundraising event. He has also been involved with the Canadian Paraplegic Association serving on the organizing committees for its fundraising golf tournaments and its Jeans and Jewels (formerly Diamonds & Denim) fundraising gala. He is a former member of the Kiwanis Club of Red Deer.

Chris has instructed and presented papers at conferences and seminars for the Legal Education Society of Alberta, the Canadian Bar Association and the Alberta Civil Trial Lawyers Association. He has also instructed at the Red Deer College both in student courses and at faculty seminars.

Chris is an avid cyclist and participates not only for fitness and recreation but also to raise funds for charitable organizations such as the MS Society, the Canadian Mental Health Association, the Canadian Paraplegic Association, Red Deer Women’s Shelter, and Red Deer Search and Rescue by riding in one day and multi-day fundraising bike rides throughout the province for the last 16 years.

Chris enjoys spending time with his wife and his two daughters.